When people think of places to visit in Ireland, they consider places like Dublin & Belfast for their rich architecture and historical significance, Cork for it’s hospitality and vibrant culture and Galway & Kilkenny for their outstanding nightlife.

One place that’s often overlooked however is Waterford. The Deise is the oldest city in Ireland and offers up a whole host of cultural treasures of it’s own. Here are the top five reasons to pencil in a trip to Waterford.

The history of crystal production in Waterford began when the first factory was opened back in the 18th century. The factory operated until the mid 1800’s when production slowed down and the factory went out of business.

In 1947, Czechoslovakian national, Charles Bacik arrived in Waterford to help set up a new crystal factory in the city, near to the site of the original site. Thus Waterford Crystal was reborn, becoming an integral part of the county’s culture.

In the late 2000’s, the company announced that it was shutting down it’s main Kilbarry production plant and moving most of its manufacturing operations overseas.

However, in June 2010 the company opened up the House of Waterford Crystal which is a state of the art manufacturing facility and visitor centre in the heart of the city. Visitors can view the whole production process from the design stage right down to the engraving process. The facility melts down an astonishing 750 tonnes of crystal each year. 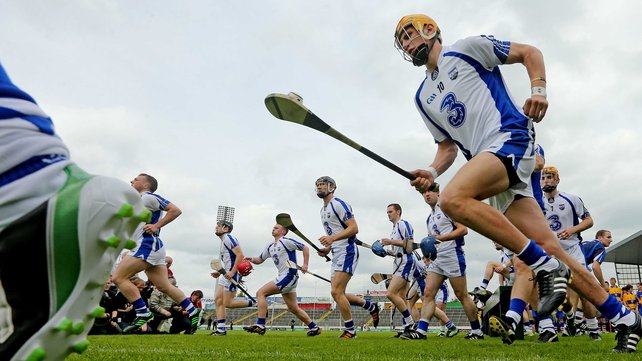 Take In Some Hurling

Observe the interior of any bar in Waterford and you’ll be quickly reminded how serious the folk in the Desie are about the Hurling. As perennial underdogs, the county side are known for their passionate and heart-on-sleeve displays, especially against Kilkenny, who are their main rivals.

The senior Waterford GAA teams of both codes play their home games at Walsh Park which can rival any ground in the country for atmosphere on a match-day.

How can such an ordinary food item become be so significant? Try telling that to anyone from the Deise! The Blaa, which is is a floury bap made from yeast, is a staple of Waterford’s cultural heritage and a fixture in most restaurants in the county.

Best served with butter and a cold sliced meat and much like Guinness in Dublin many believe that Blaa only tastes best when produced and consumed within the environs of the county.

Walk Around The Viking Triangle

As it is the oldest city in the country, Waterford certainly has it’s fair share of historical sites to visit. The Viking Triangle in the city, which is named after Waterford’s 1000 year old Viking walls. The triangle includes three museums, the 13th century French church, a replica Viking longboat and one of the best known historic sites in Waterford – Reginald’s Tower.

The tower was build in 1003 by Reginald, the son of Ivar who was the Norse King of Waterford and is the old civic building in the country. It was originally constructed with wood which was replaced with stone. The tower now houses the Waterford Viking Museum which is open to the public all year round. In terms of Irish beauty spots, places such as  the Wild Atlantic Way and the Ring of Kerry generally take the plaudits. However, Waterford has some stunning scenic spots of it’s own which are seldom mentioned.

The Copper Coast is undoubtedly one of the finest strips of coastline in the country. The coast stretches for some 17km and is a designated European Geopark & UNESCO  geopark. The name derives for the historical metal mining industry which occurred in the area.

Another Waterford gem is Tramore strand, one of Ireland’s prettiest beaches. The strand stretches for 4 km and is famous for its golden sands and 5,000 year old sand dunes some of which reach up to 26 meters in height.

So as you can see, there are some seriously great things in Waterford to see and do. Did you know that U Store It also have a state of the art storage facility in Waterford City? We’re truly proud to be part of the culture in such a great place.

We are proud members of